Chat with us, powered by LiveChat Why is the Rooster Crowing? - Chicken Coops and Tractors New Zealand

Why is the Rooster Crowing?

Why is the Rooster Crowing? 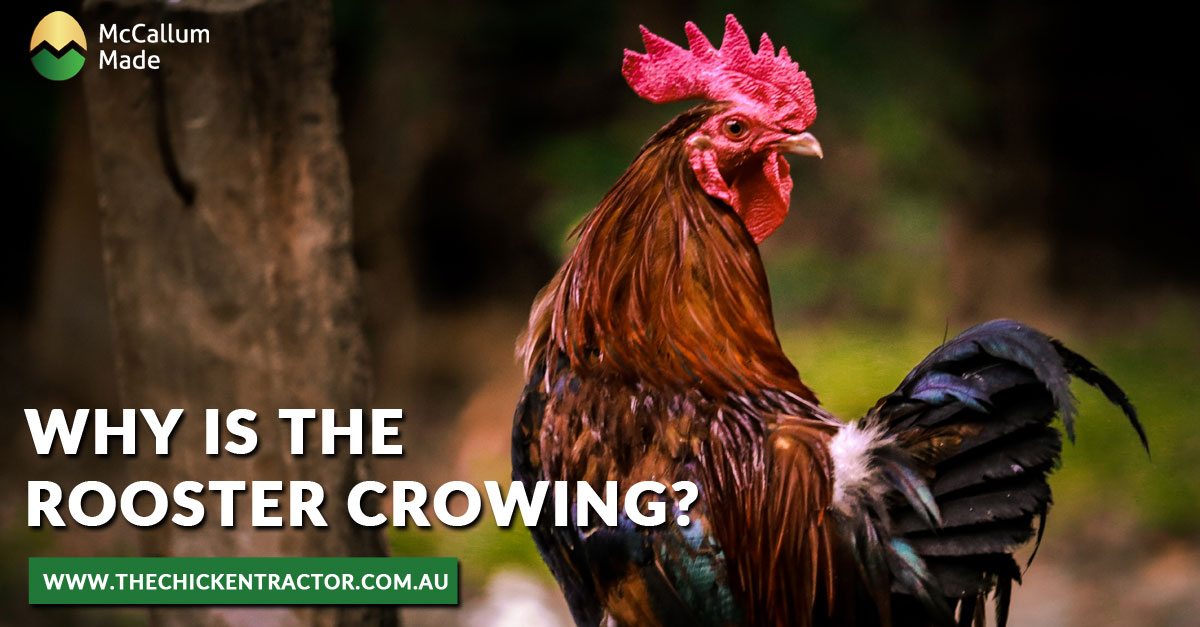 The rooster crowing is the quintessential sound of dawn. Long before alarm clocks it was the rooster that called farmers from their beds in the pre-dawn darkness. Today it is a sound most of us rarely hear, since roosters are forbidden in most urban and suburban neighborhoods, precisely because of their crowing.

But why is the rooster crowing in the first place?

Why do Roosters Crow?

Roosters crow for many reasons:

Why do Roosters Crow in the Morning? 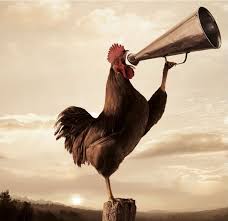 For a long time, scientists believed that crowing was stimulated by the rising sun. But recent studies show that to be untrue. A rooster crowing is acting based on his internal clock, not on any external stimuli. Roosters kept in consistently dim light fro 24 hours a day quickly adapt to an internal schedule based on a day of 23.8 hours. They crow at the same time, their “dawn”, every morning despite the unchanging light.

Roosters crow as their day begins, which is often as much as an hour or two before dawn. If you add a male chicken to your backyard flock, you may be surprised to hear your rooster crowing in the pitch blackness at 4 am!

Why do Roosters Crow All Day?

It’s true, roosters crow all day long. It is not simply a dawn alert. They crow anytime the feel their power threatened (like when you enter the coop, when they hear a car start up, when the dog barks, when another rooster crows, when the radio turns on…. you get the idea). If they want to impress the hens, crowing is how they do it. They crow when they eat, and they crow after a dust bath. It is not even unusual to hear a rooster crowing at night.

A more useful question might be: how do you stop a rooster crowing?

At What Age Do Roosters Start Crowing?

The age at which roosters being to crow varies with breed, but generally they begin at four to five months of age. In some cases this is the first time you can definitively tell the sex of a chicken.

As a side note, the first attempts of a rooster to crow are hysterical, and worth all the noisiness later on. They sound very much like a young man whose voice is cracking.

There is a wide range of sounds a crowing rooster can make. Check out this hysterical compilation for some of the strangest crows ever!